First post in the Ringcraft and Showing subforum! Mods, feel free to switch it to The Whine Bar if you want to keep this area strictly serious.

So, I spent Friday at the NDS. Friday was gundog judging, and I wanted to see the Labs! I watched a little bit of the obedience, did some shopping, watched a CGC demo, but spent most of my time parked outside Ring 2, which was strictly gundogs. For the afternoon session I was sitting next to two gundog breeders and they were a hoot, but oh la la, they embodied every negative stereotype of "show dog people" - they moaned about the judge, they criticised the attire of the handlers, they criticised the handlers as people, they criticised the dogs (fair, I suppose), they moaned about the MC who "liked the sound of his own voice, won't he just shut up" - I jumped to his defence, because "he's very helpful to amateurs like me", and they had the grace to not argue with that. Their quote of the day when looking at a particularly ribby dog "she's been feeding herself, not the dog" - ooooh catty! The Ladies weren't impressed with the quality nor quantity of the dogs this year. Many breeds had 1-3 dogs entered. It's hardly strong competition. When the show was last in Wellington (3 years ago) I heard a GR breeder lament the decrease in dogs, and The Ladies also compared it to previous years.

And you guys, XENA'S DADDY WAS THERE! BUT I DIDN'T KNOW! I didn't have the programme, but when I was looking at the full show results online yesterday I saw that her dad was there, and he won Best Dog and BOB Reserve. YAY DADDY! Here's his kennel profile: New Zealand Champion BLACKHILLS MICHELANGELO (ai) | Black Hills Labradors and Willowspring Kennels, labrador breeders, Taupo, New Zealand

The puppy Goldens were just adorable

This young woman (The Ladies told me she was only 12!) was junior handling all over the place, and she was excellent with all the dogs. 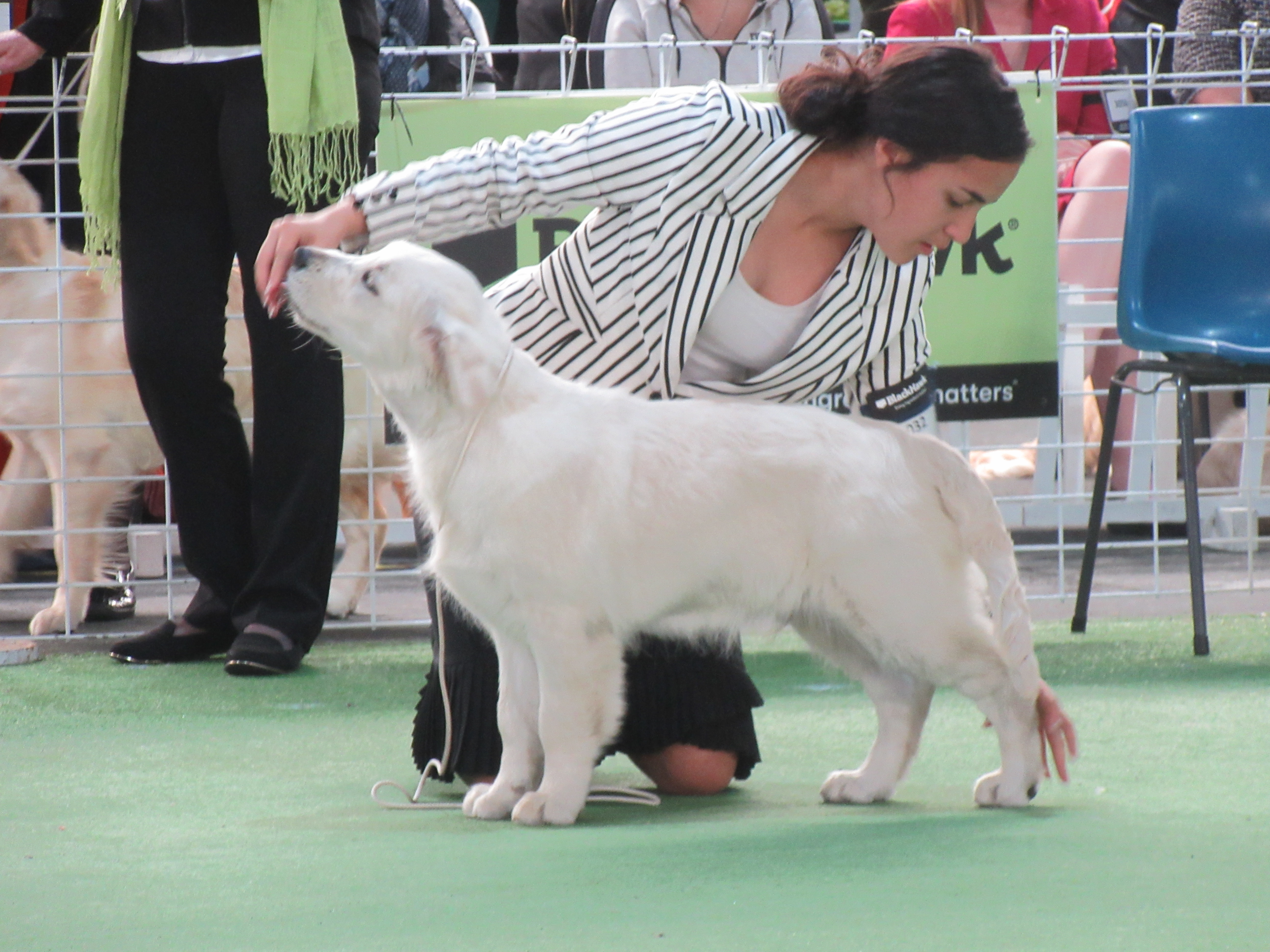 This boy was just soaking up all the pats 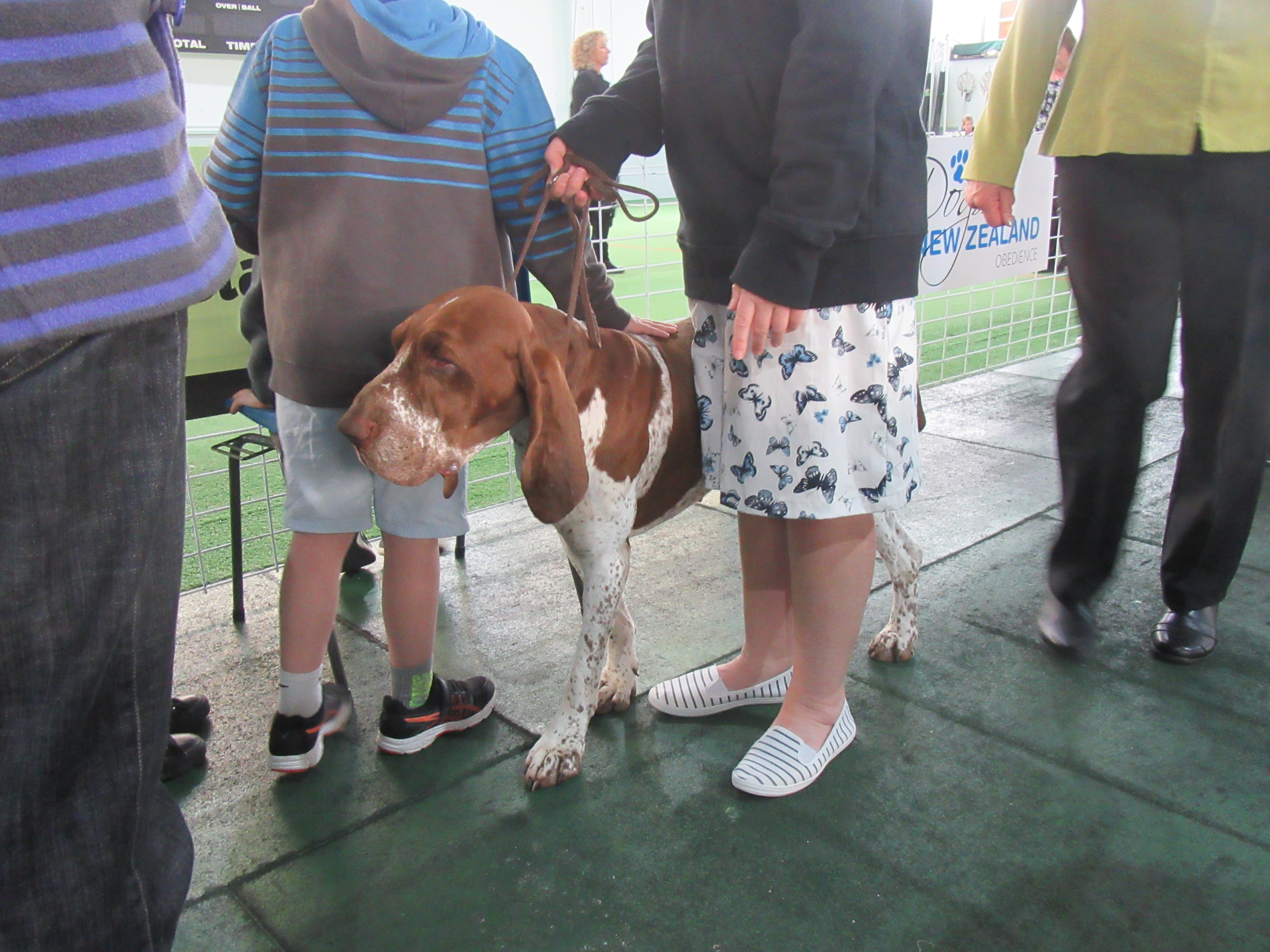 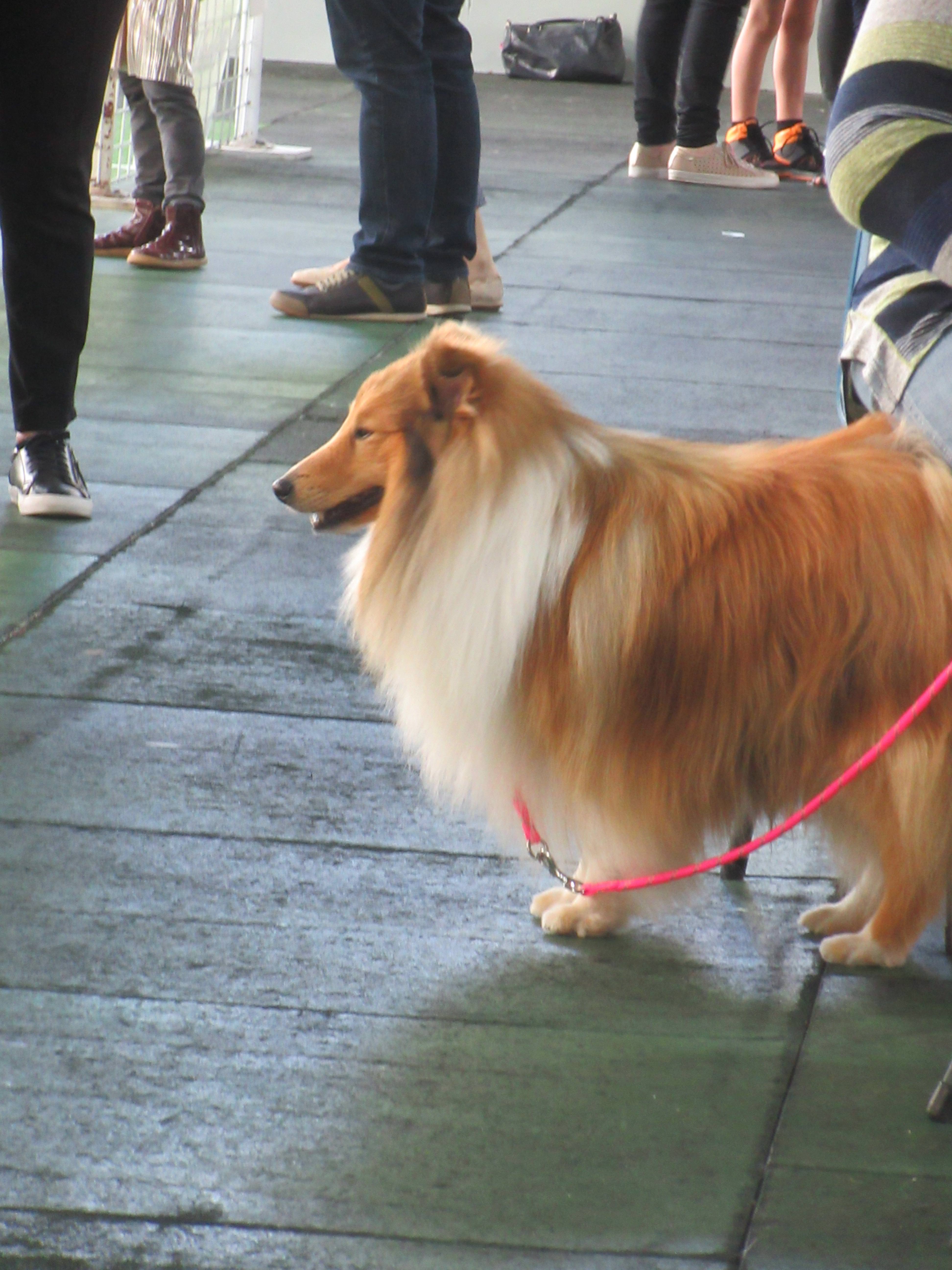 So silky! I've only seen an Irish Setter once before, so this was exciting. 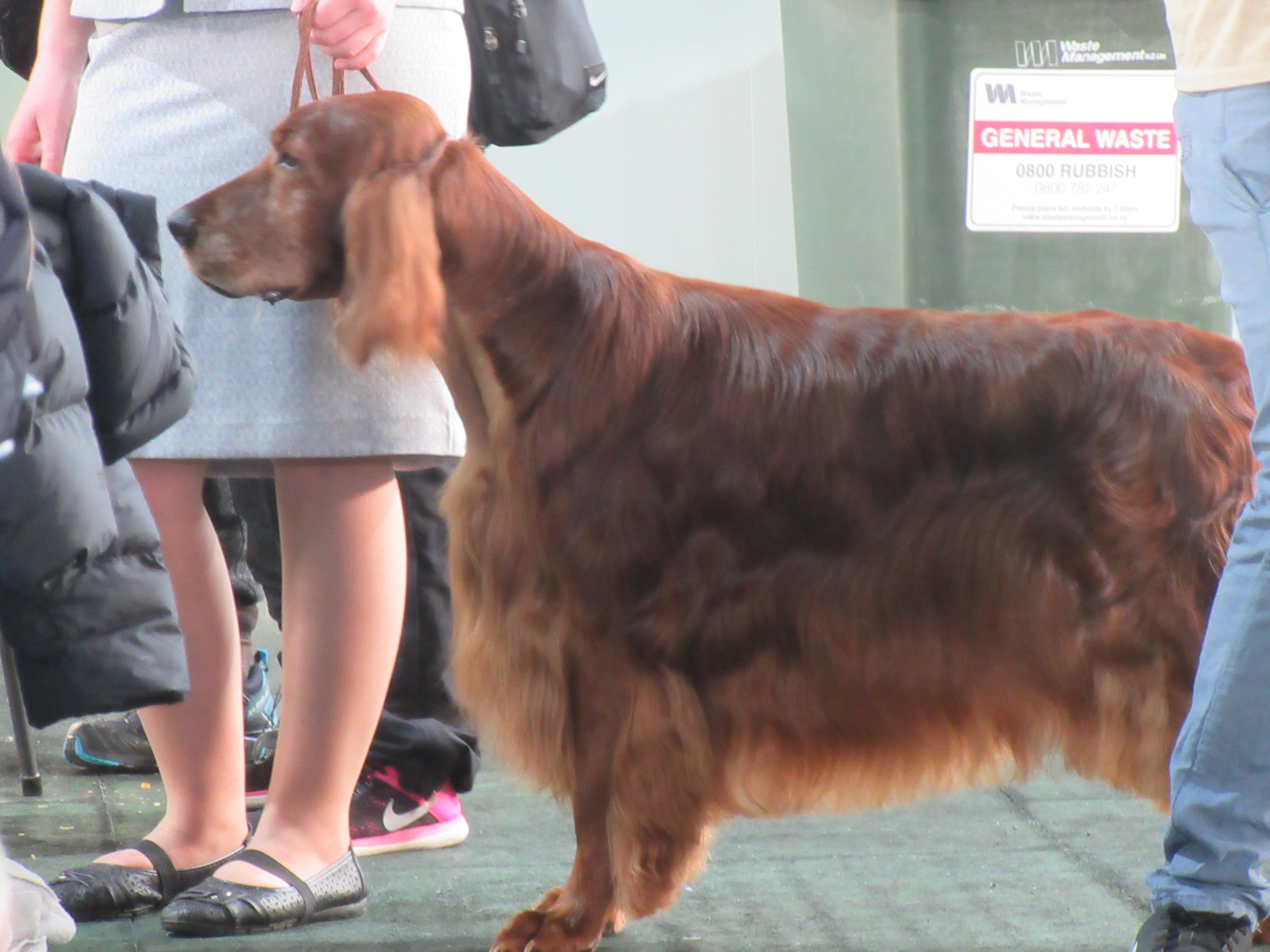 THERE WERE CHOCCIES! The Labs were so funny because their tails never stopped wagging. Even the Goldens weren't that waggy 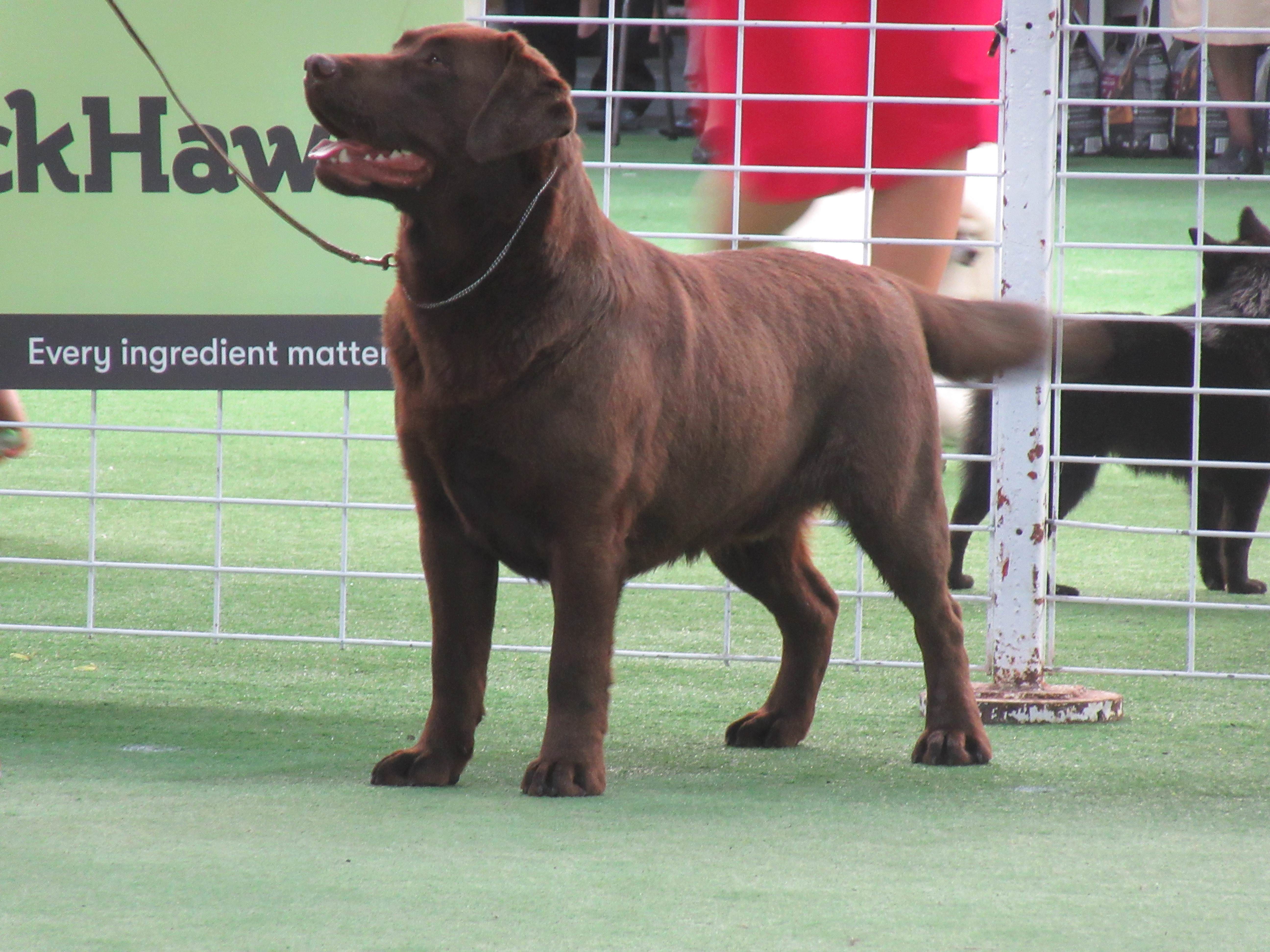 Maybe this was Daddy? 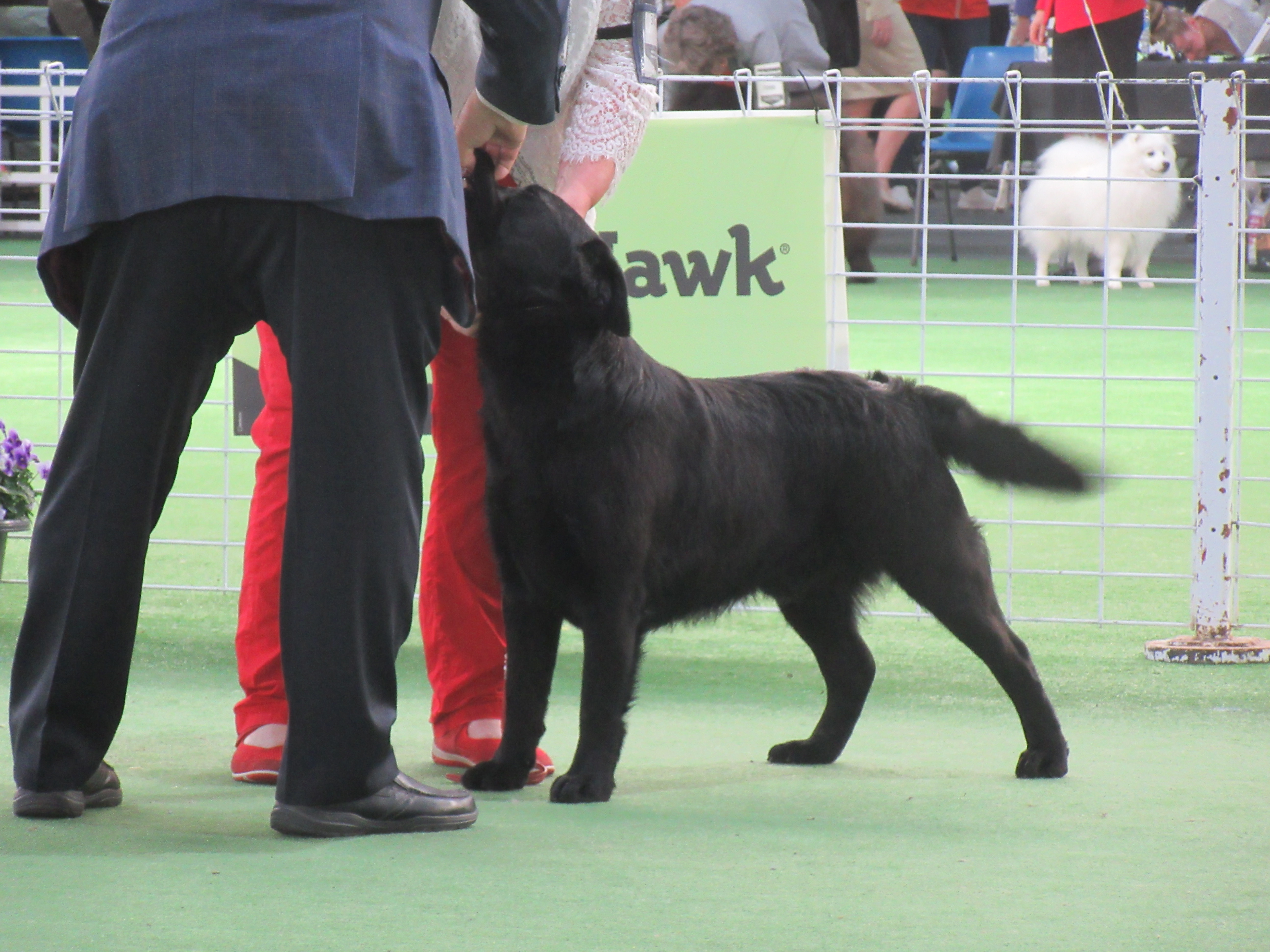 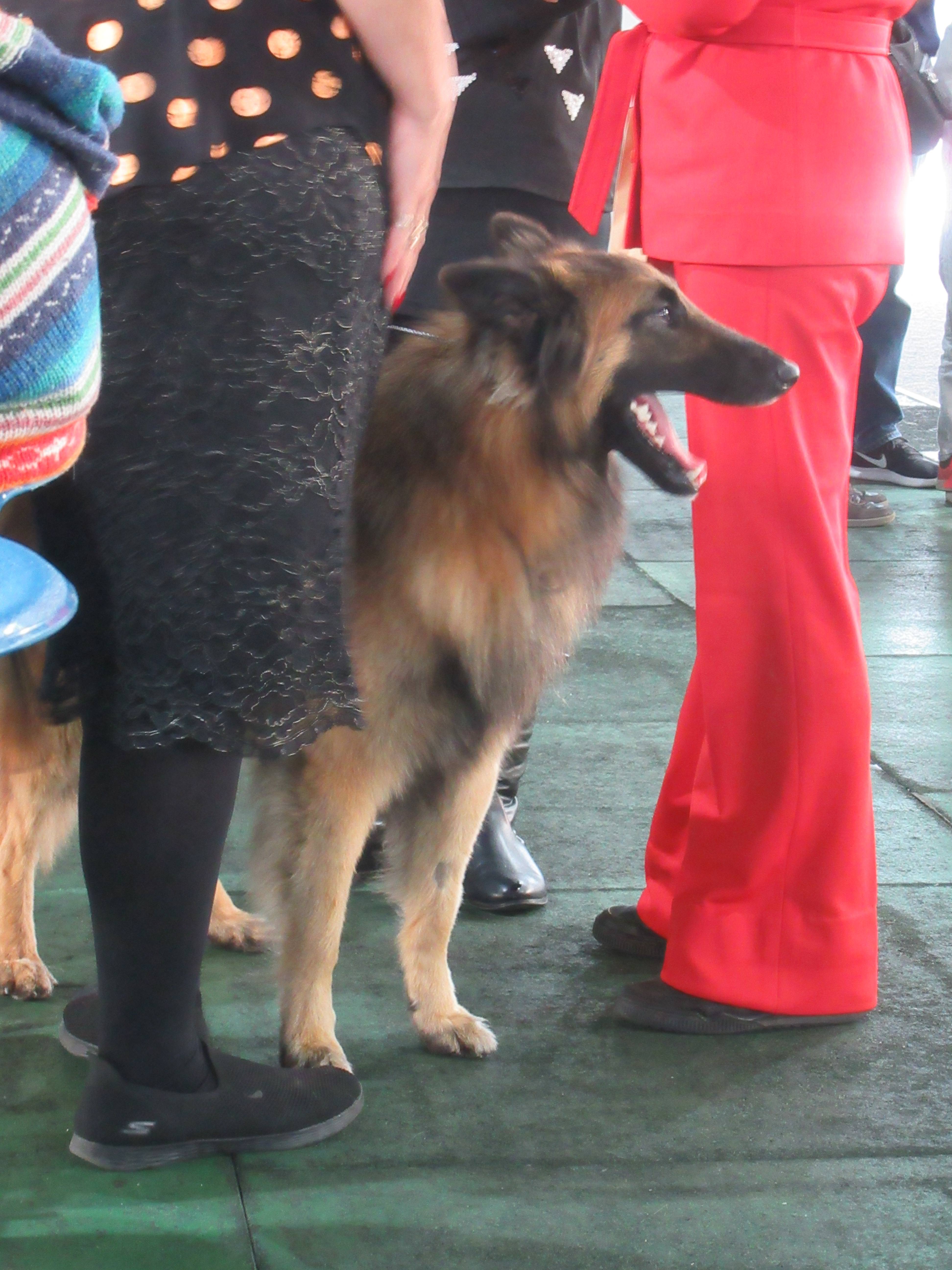 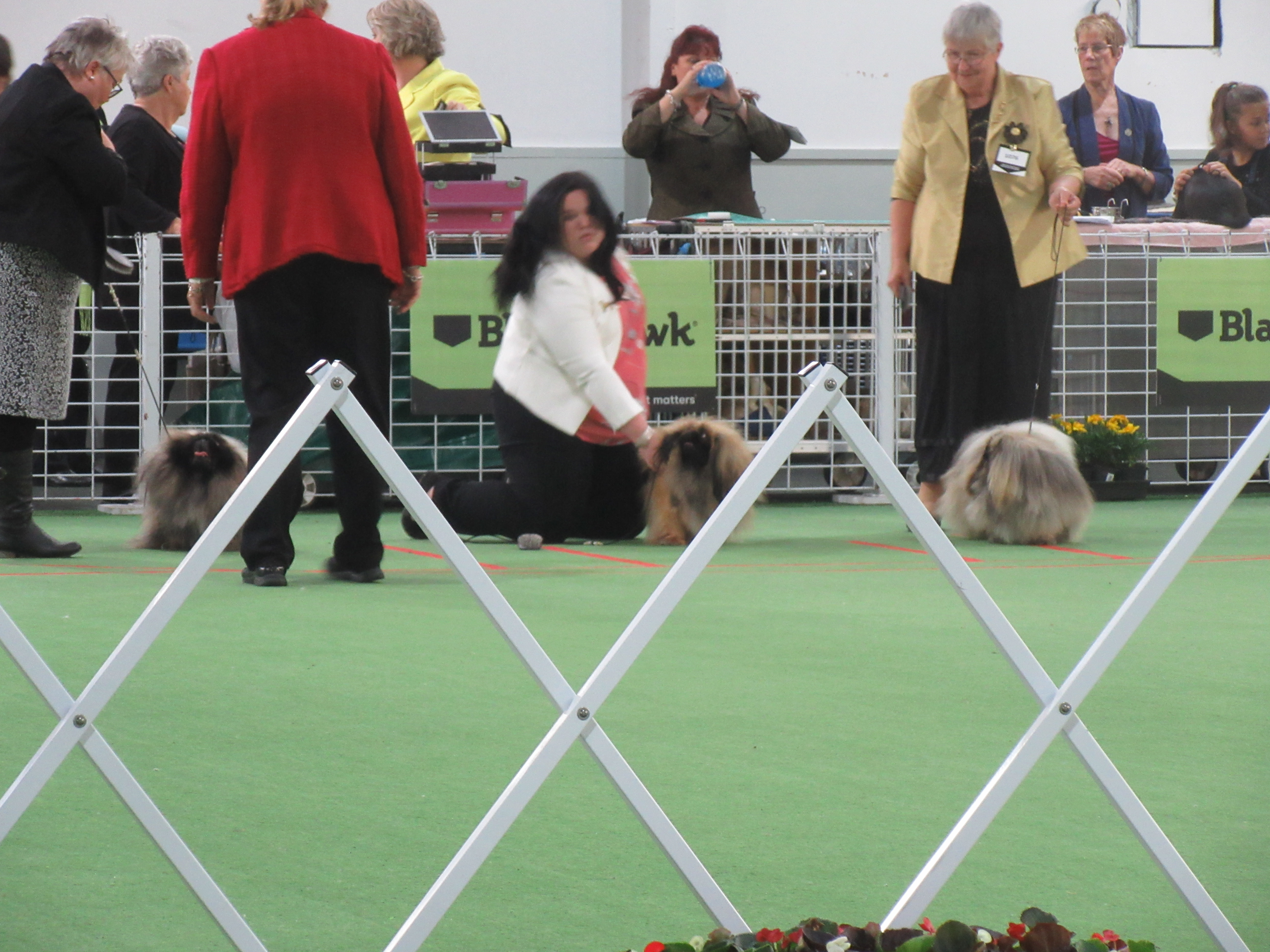 Obedience - the down stay with the owner out of sight. Most dogs kept an eager eye on the door but there was always at least one who took the opportunity for a good snooze. 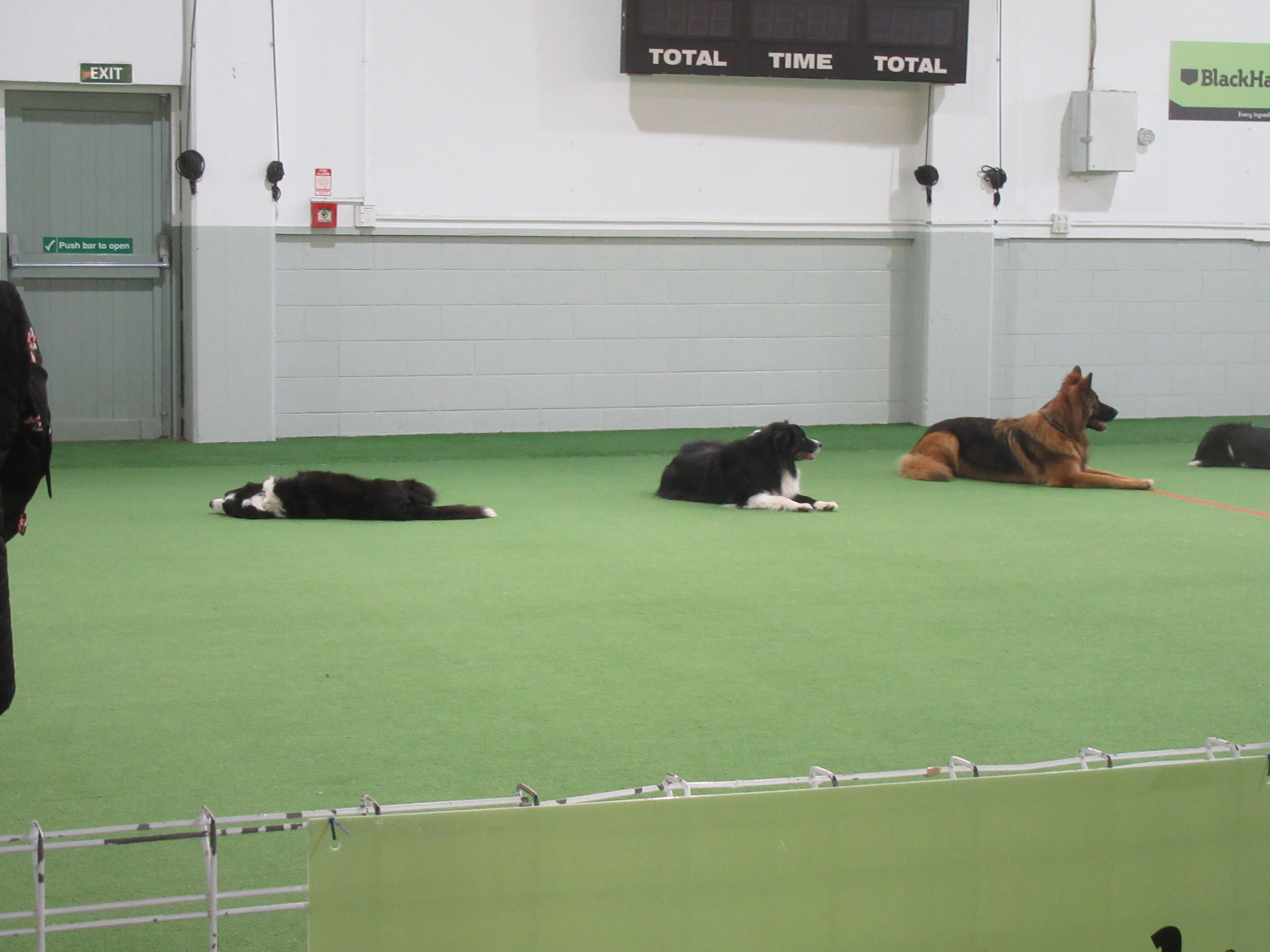 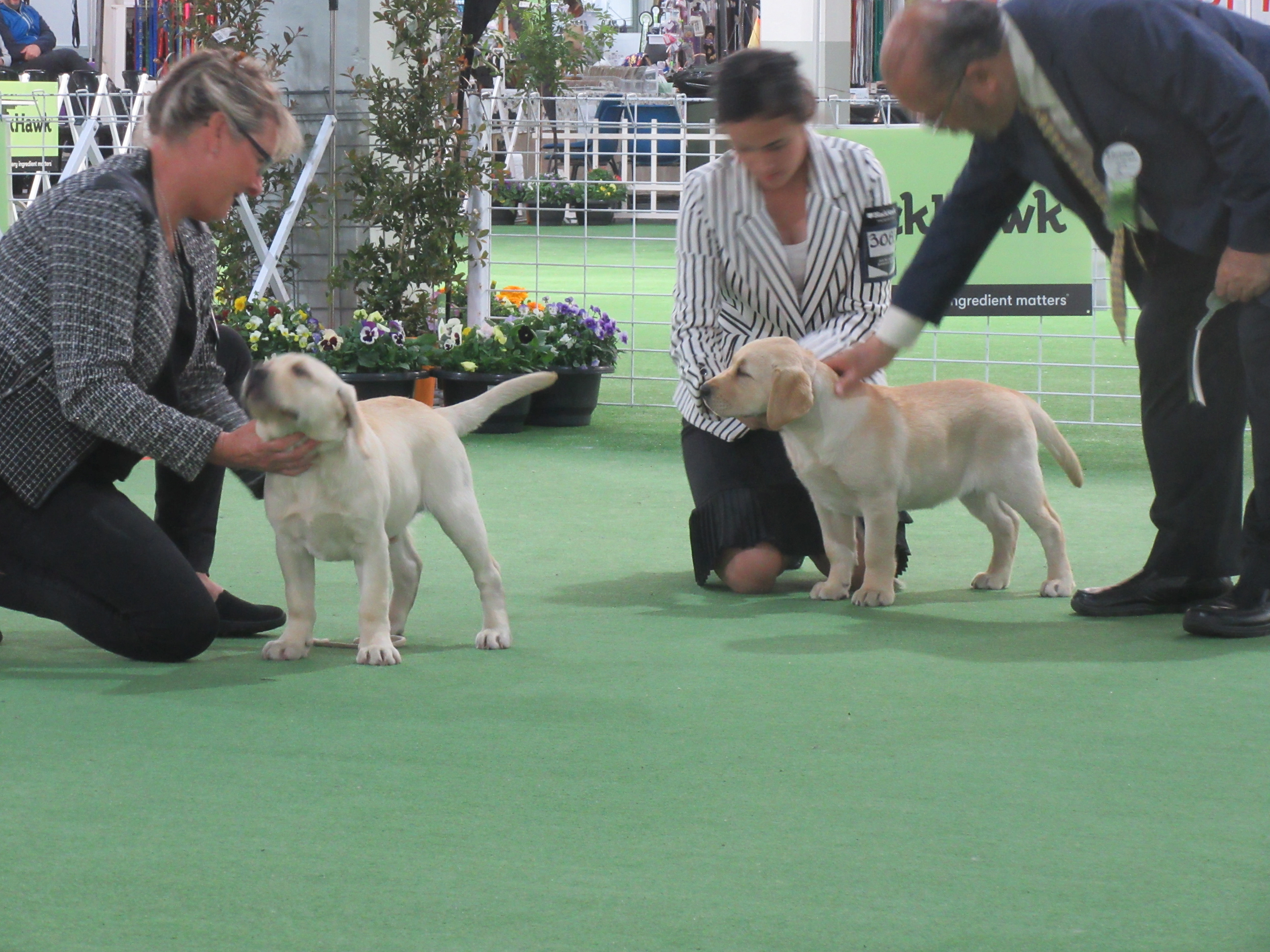 This Lagotto couldn't handle the pressure 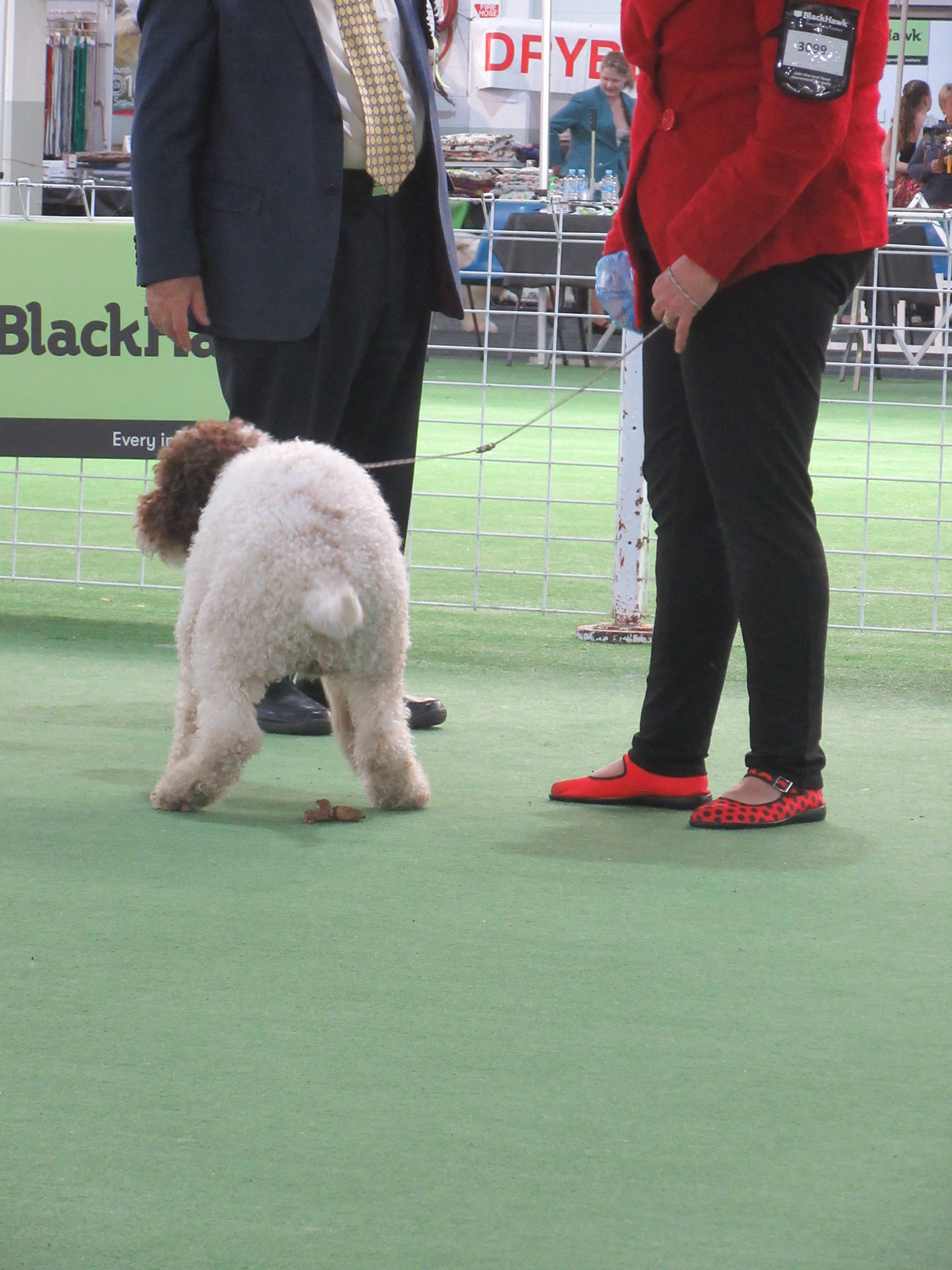 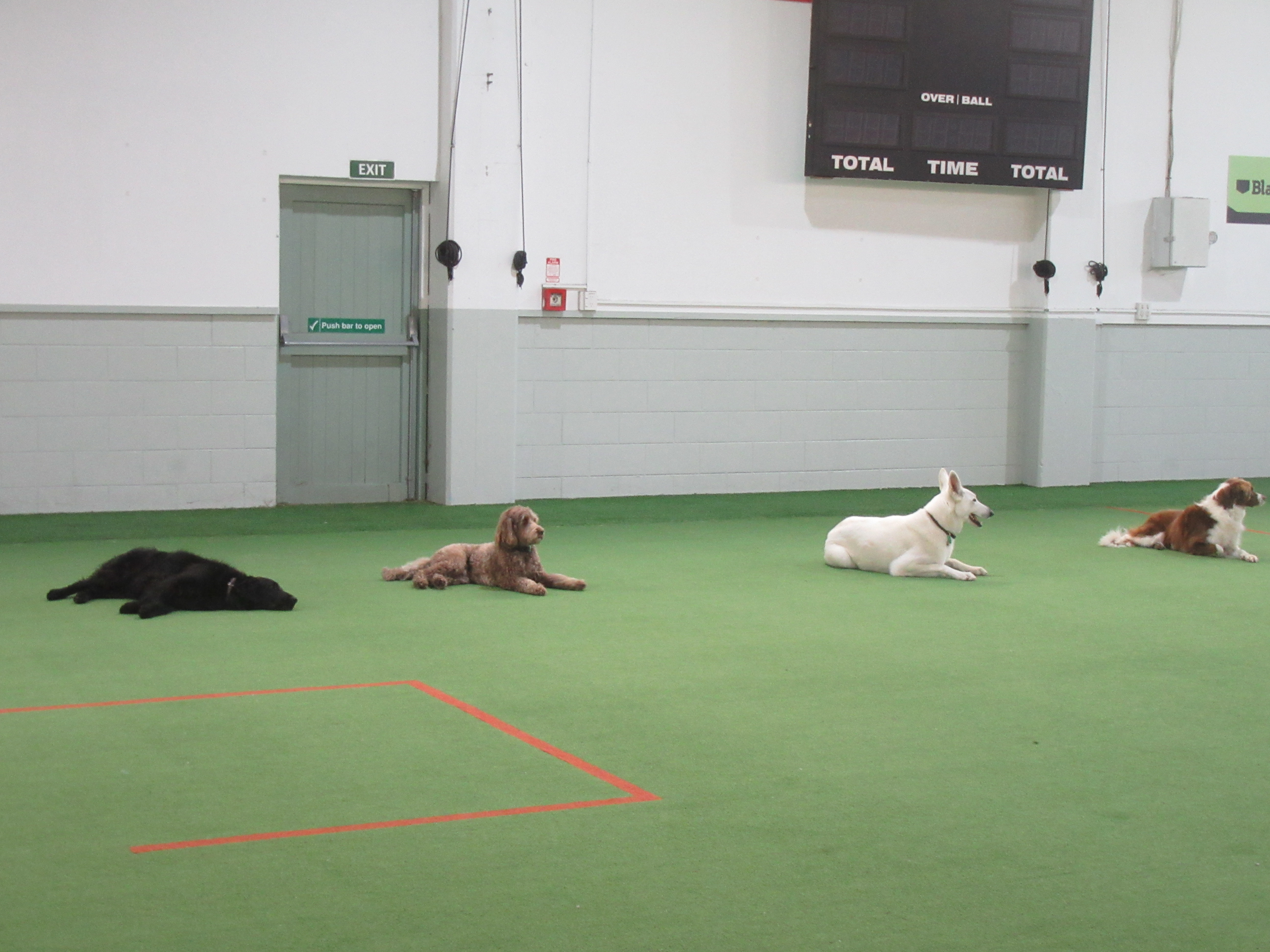 BOB Pug and isn't he just adorable! I do love pugs 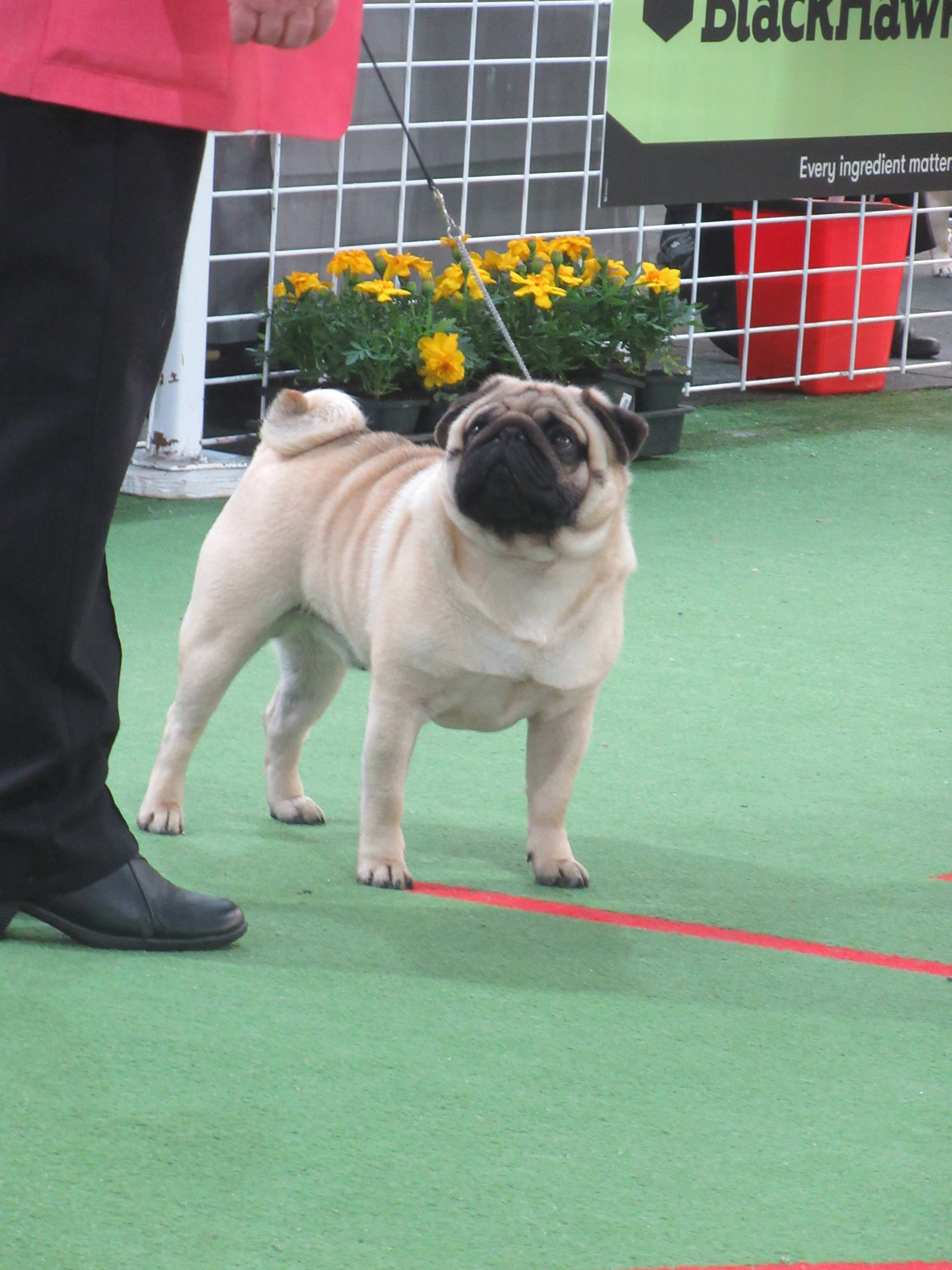 The one and only Curly in the competition. He was a proper wriggle-butt, I couldn't get a good photo! 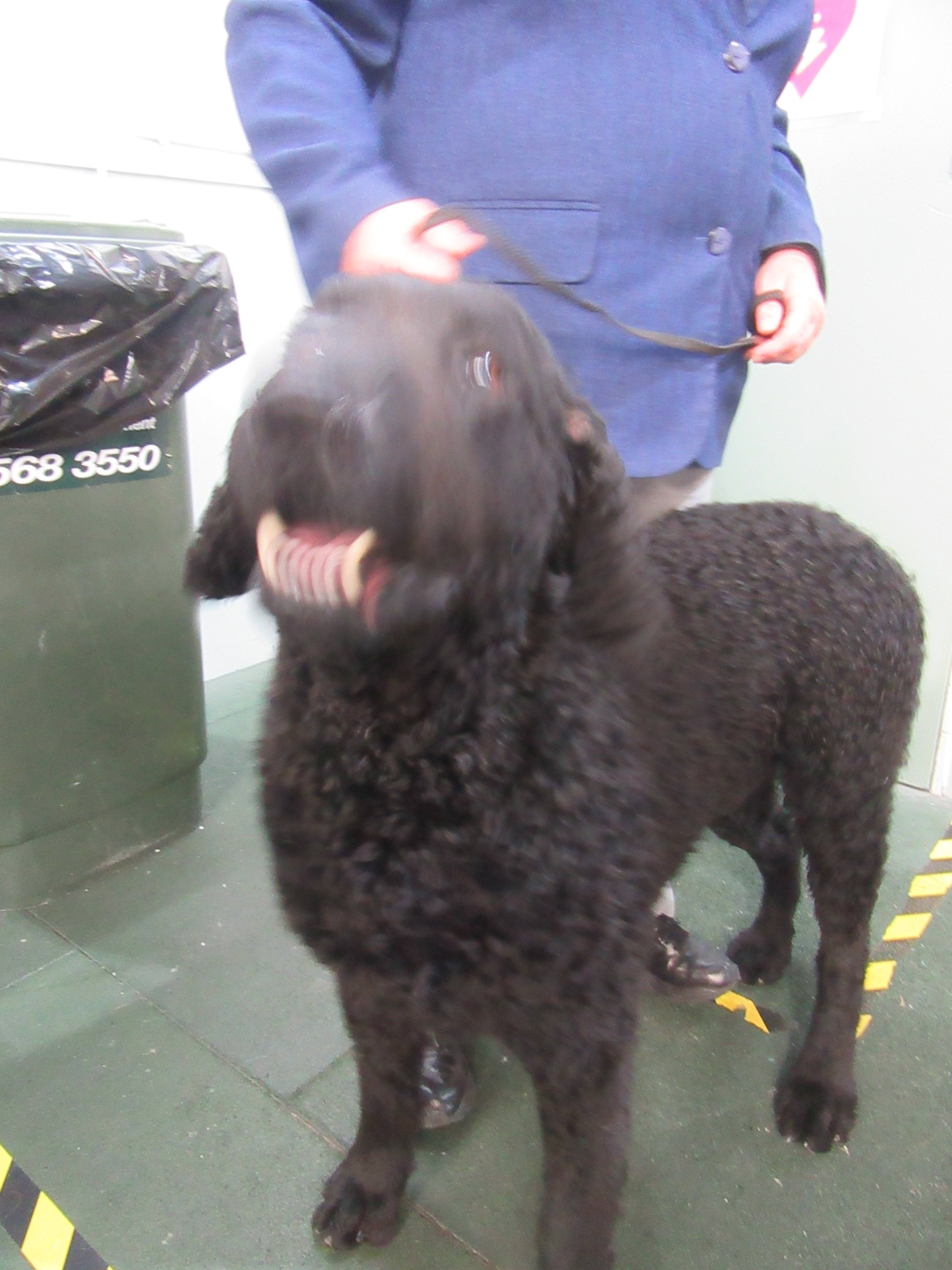 BOB Bichon waiting her turn for the BoG judging 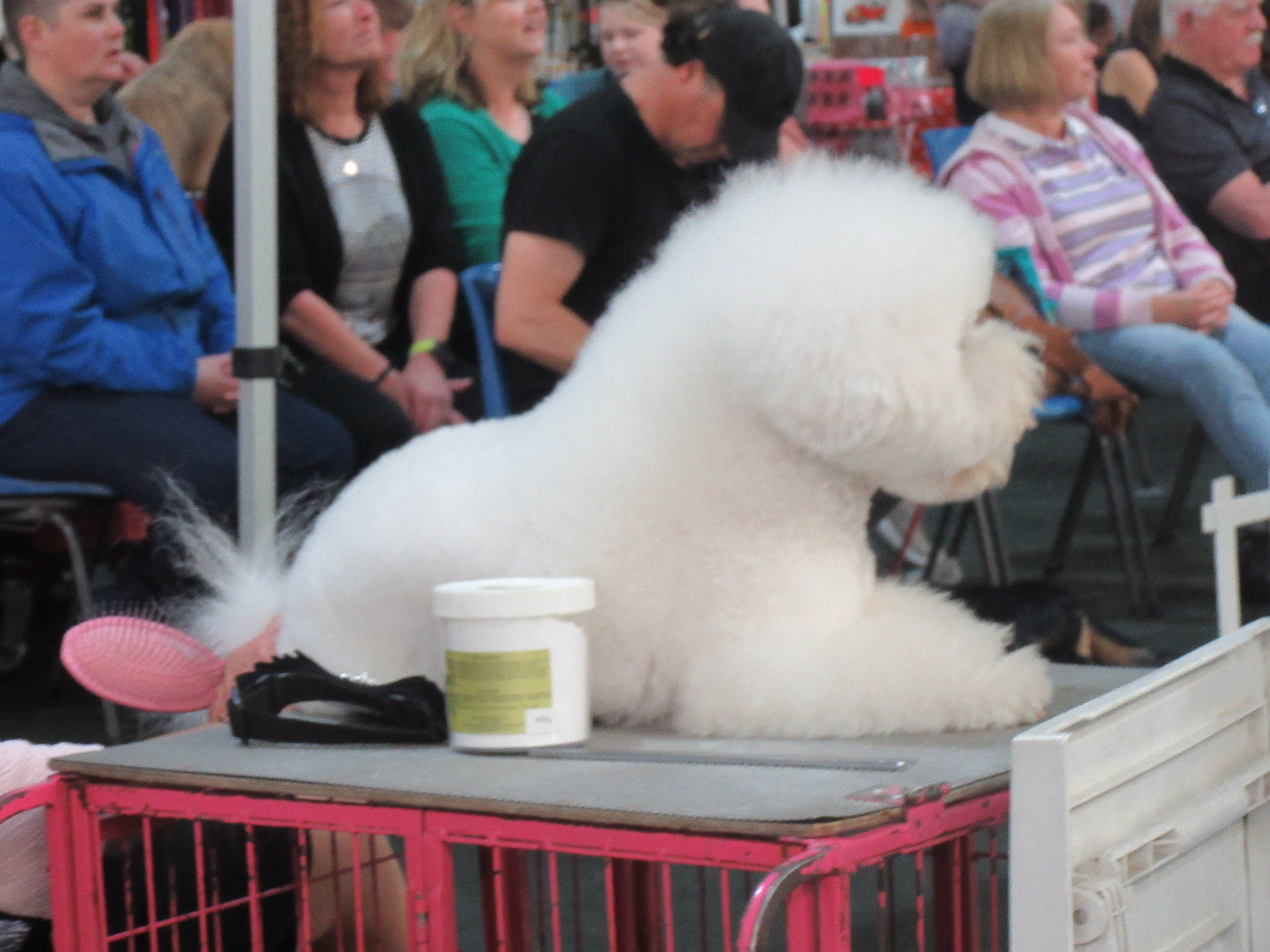 @Heidrun Clumber! A grand total of 3 in the comp This was an Australian import, and The Ladies thought he/she was a very fine specimen 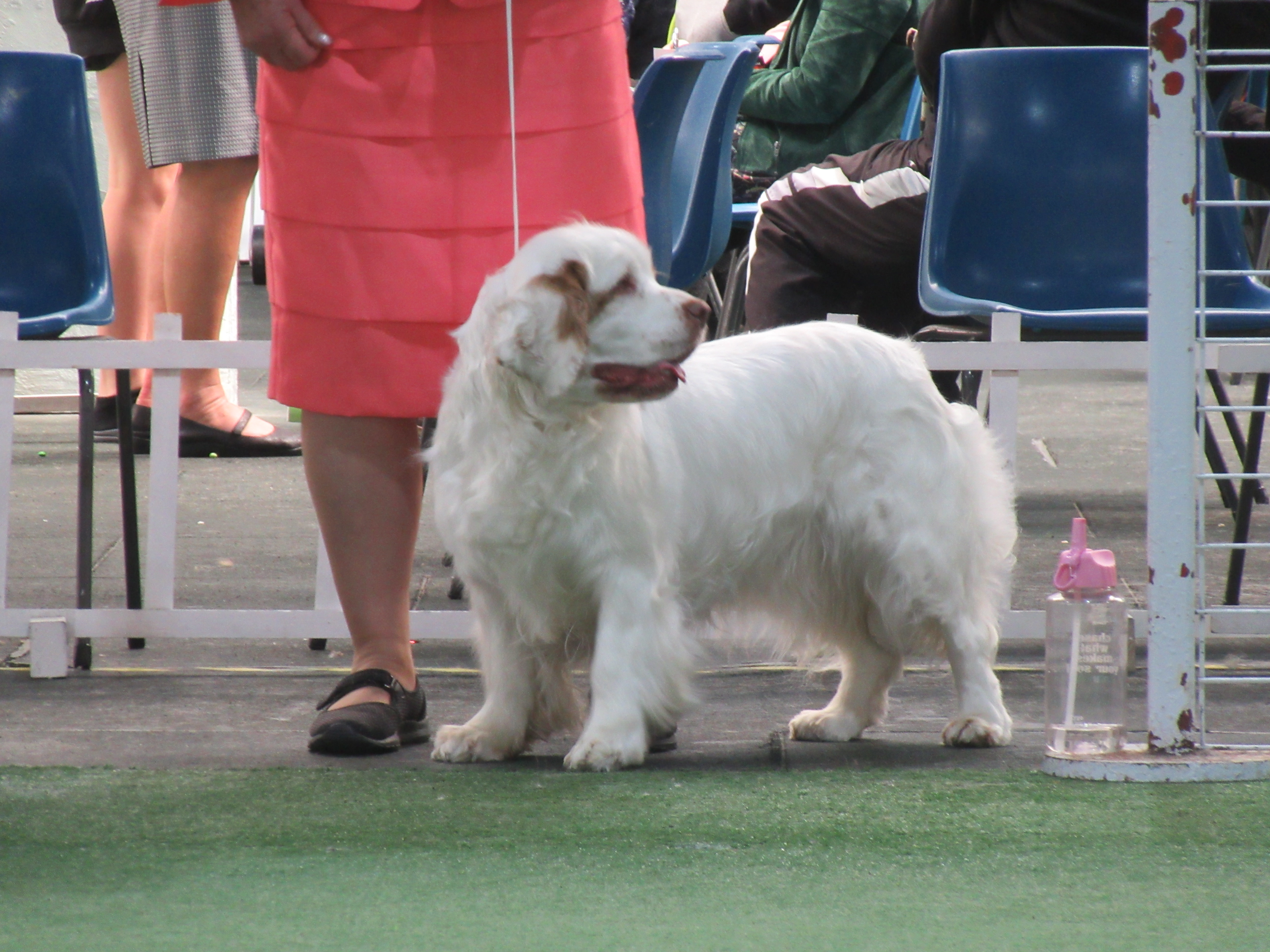 The Tollers were extremely excitable 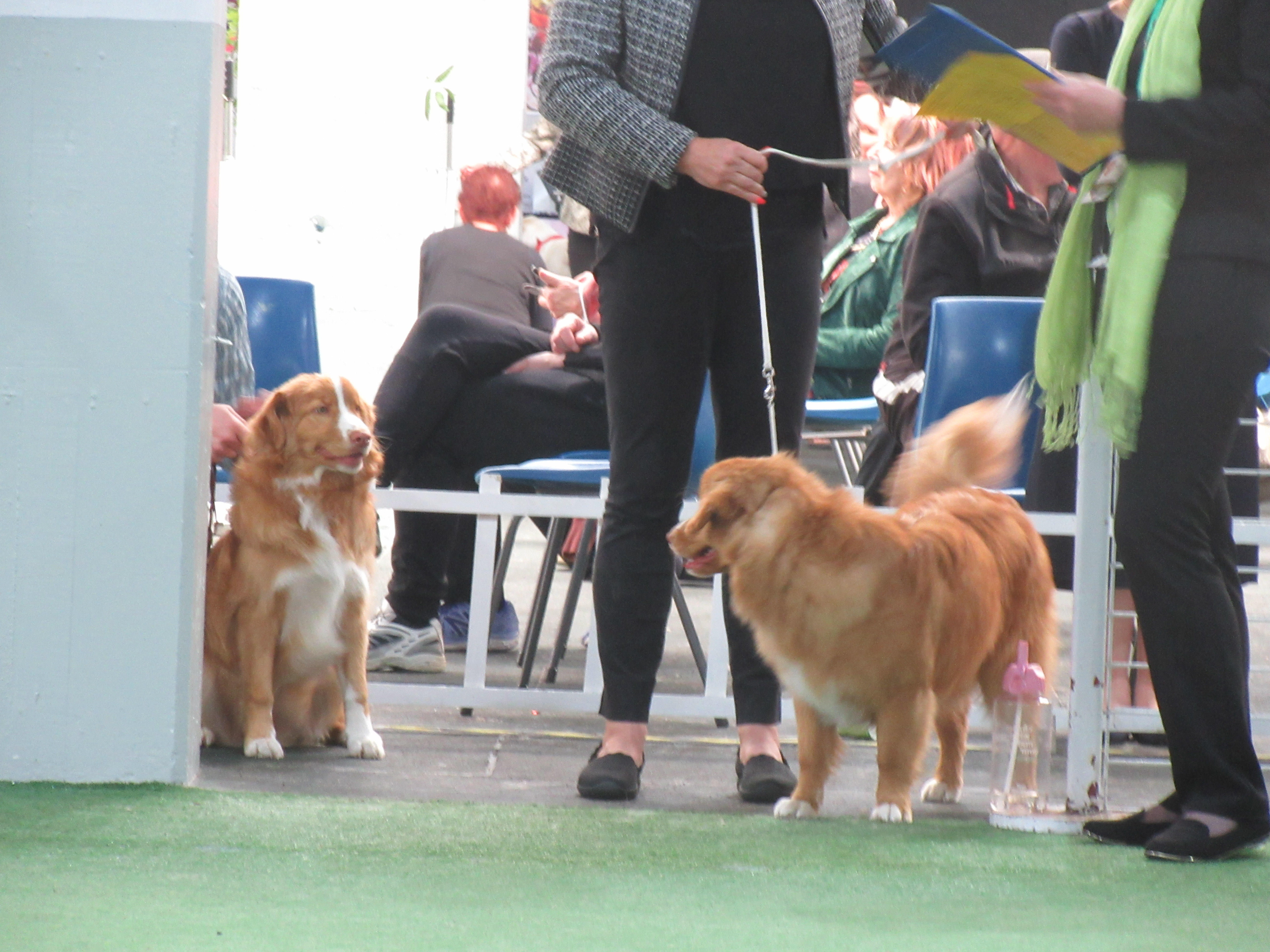 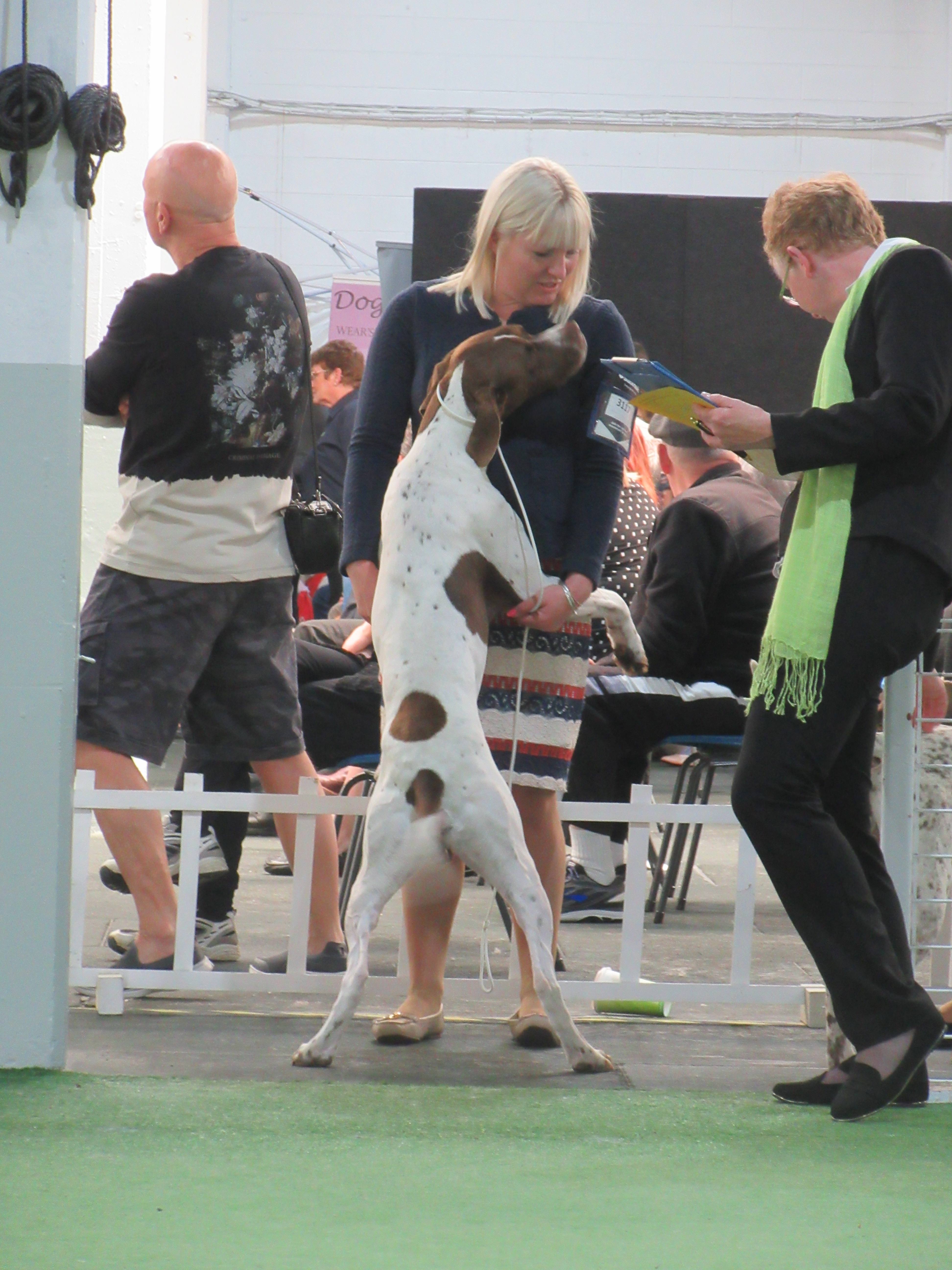 I didn't know Weimaraners came in long coats. The Ladies were not impressed with them. 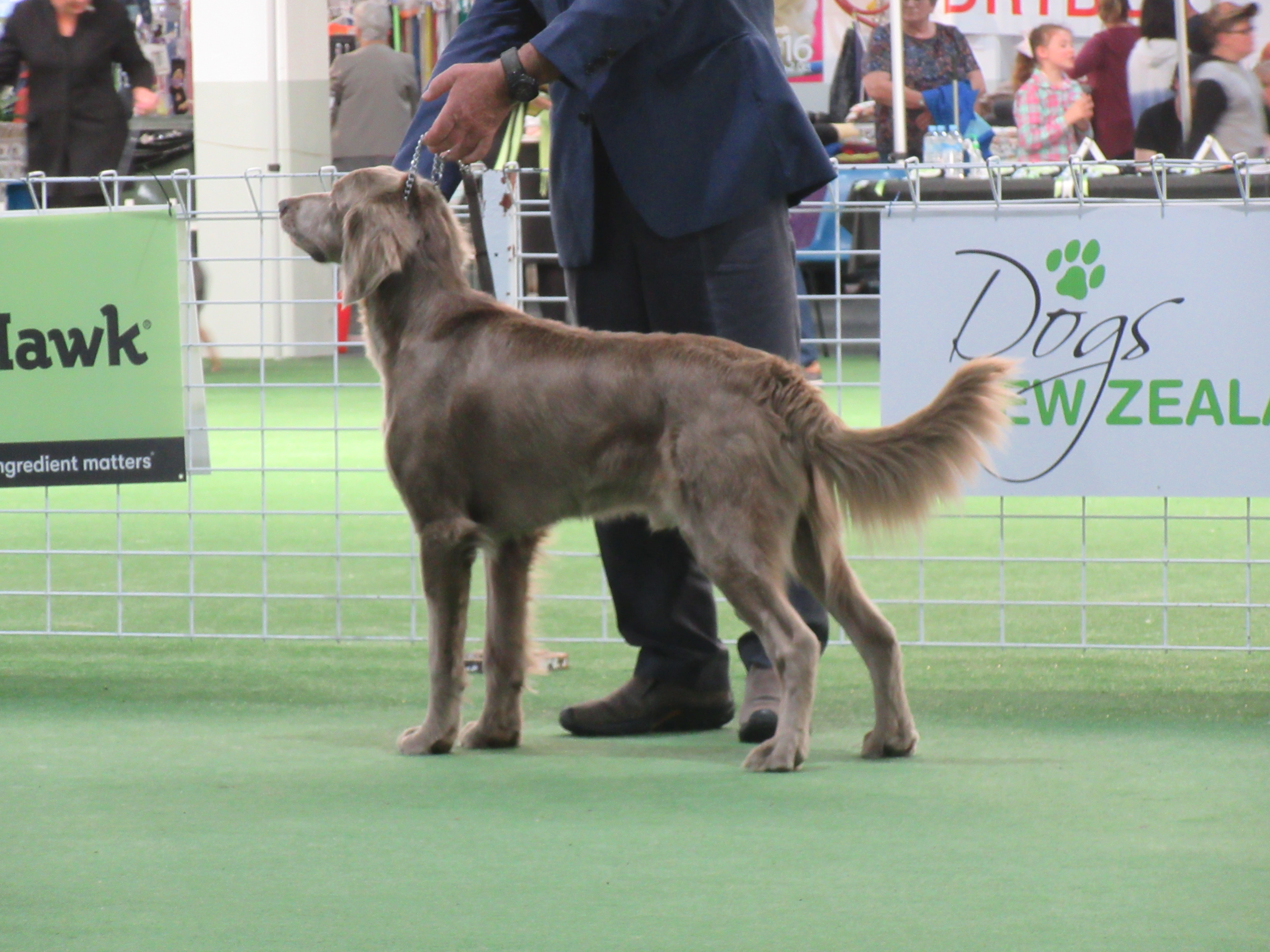 Never seen a Gordon Setter before! 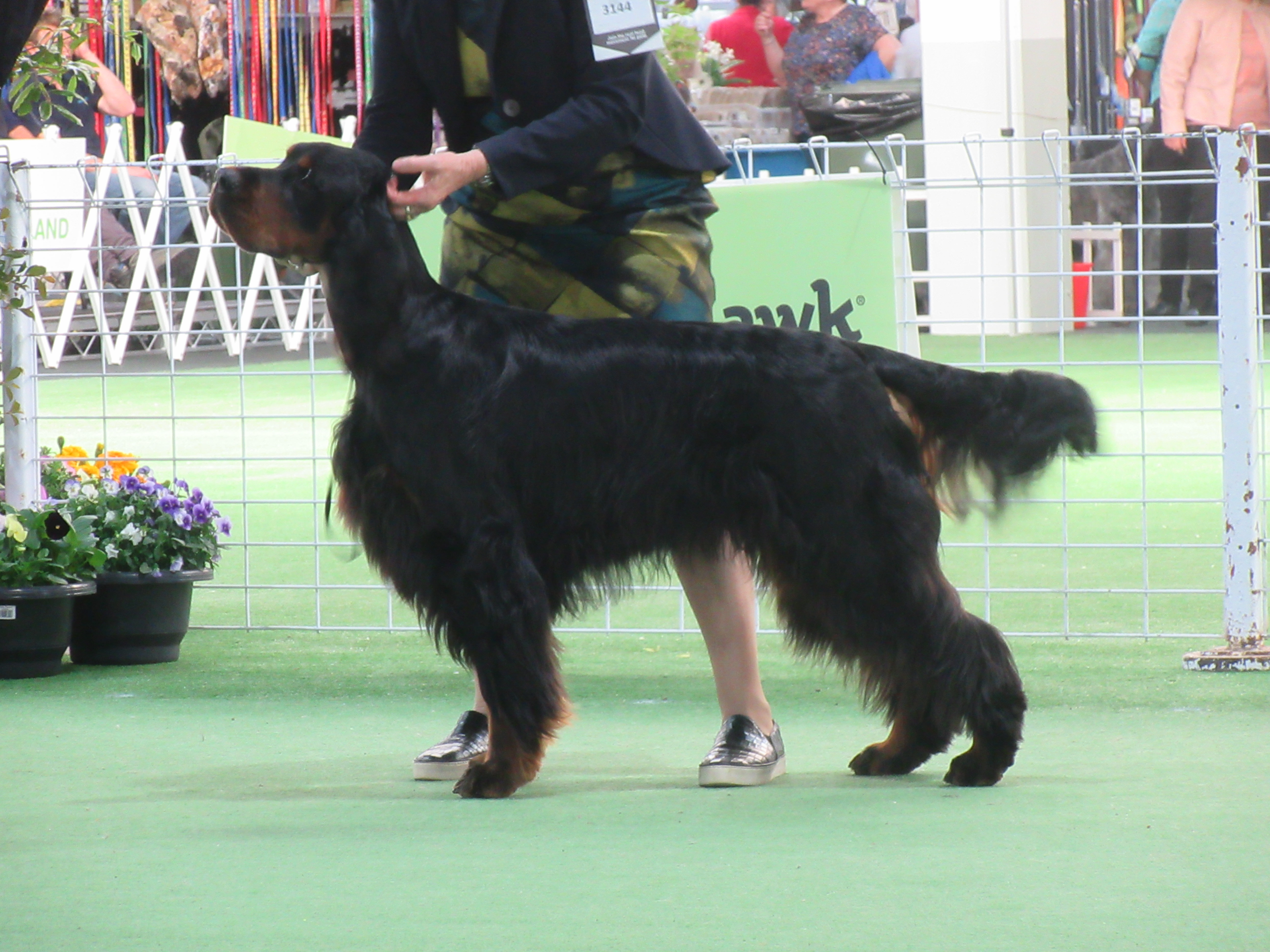 This was the BOB Lab and she also got BoG Reserve. She's 9! The Ladies tutted. 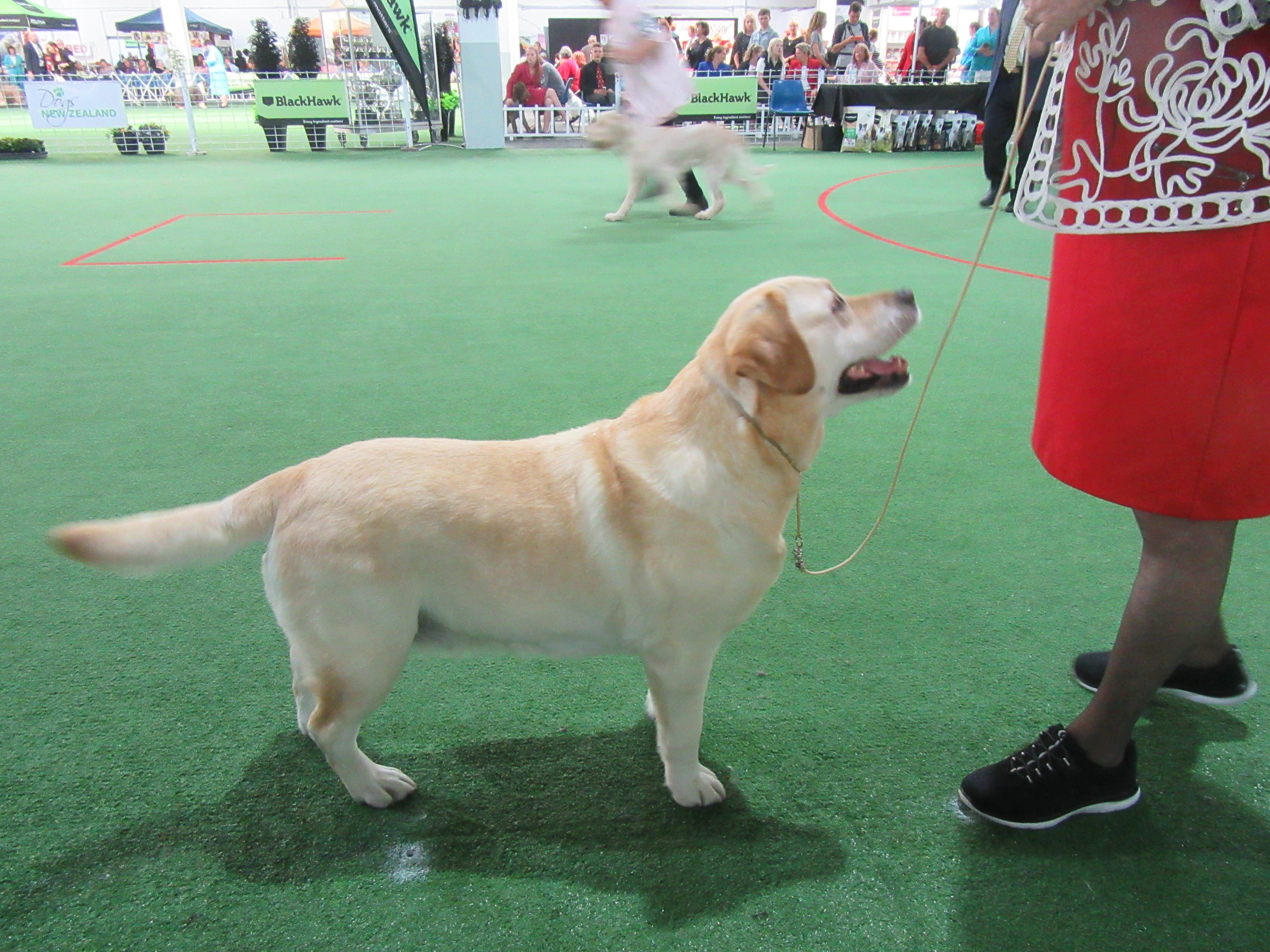 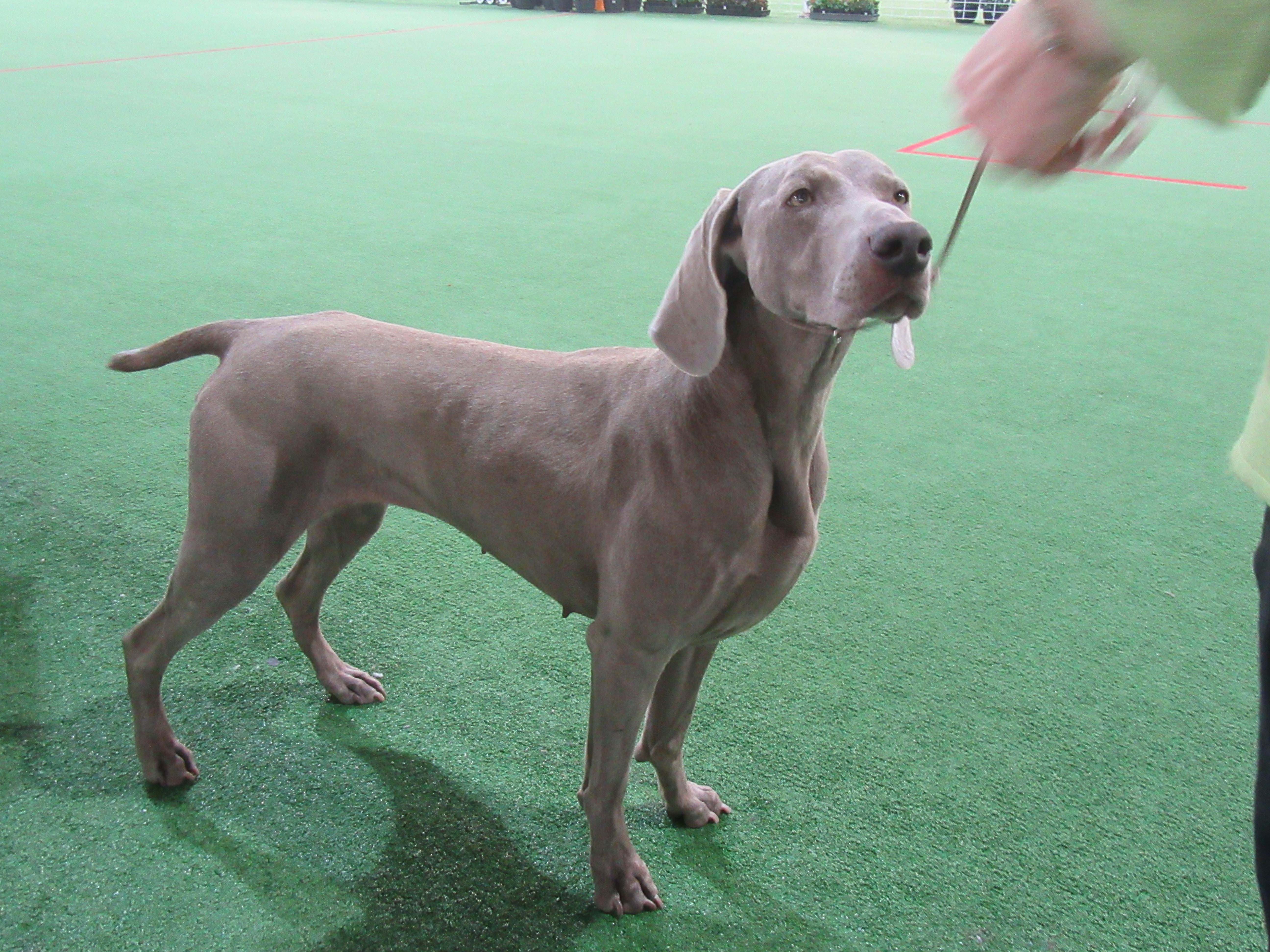 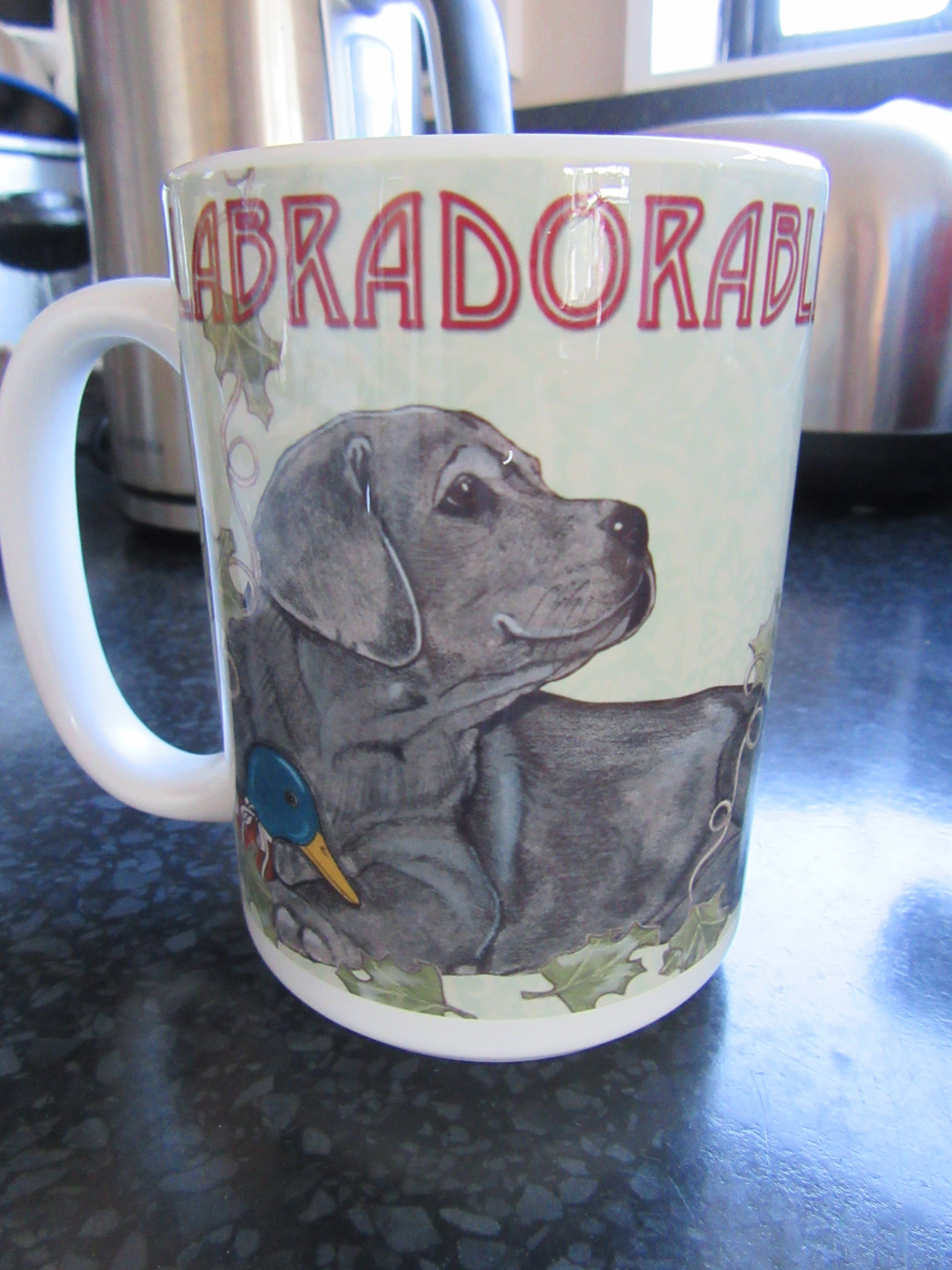 Great photos!
Sounds like you had a great time

Sounds like a really interesting day - and The Ladies clearly kept you entertained! I've never been to Crufts, the UK equivalent.

Hah, the Ladies sound like great value! Were there international entries or were they all NZ registered dogs?
The clumber doesn’t look like the very heavy ones you often see in the show ring, but those Labs - oh dear!

Oh, what lovely photos! Love the running commentary of the "ladies"....

What a great day out. xx

snowbunny said:
Were there international entries or were they all NZ registered dogs?
Click to expand...

I don't know, but I can't imagine that it would be worth the cost for such a small comp. A dog coming into NZ from Australia doesn't need to go into quarantine, but "approved countries" need to spend 10 days in quarantine, and non-approved countries 6 months. One of The Ladies dogs had just been to Australia for a comp, so presumably there's a bit of trans-Tasman showing.

So I need a long haired Weimaraner.